We are all connected with each other by pride and at First UMC we are a reconciling congregation with a purpose statement that read “to transform lives through unconditional inclusion, empowering actions to make a
difference”.

This series illuminates the challenges and the strength of coming out, what it
means to be more inclusive to ensuring you have someone to talk to. We mean it when we say All are welcome — ALL MEANS ALL!

Have an idea to share with the community…let’s collaborate on it! 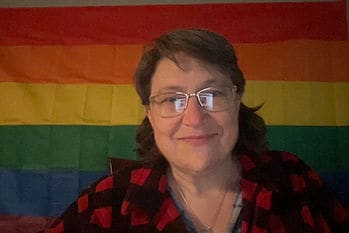 Hershey Hirschkop (she/her/hers) cut her teeth at Gay Community News in Boston, at the time one of the few lesbian and gay national newspapers in the US. Her life as an activist took many turns, but never ceased. While the majority of her career was spent first as an architect, and later in non-profit affordable and supportive housing development, she has stayed involved in key social justice issues, including affordable housing and LGBTQ rights.

Aside from late nights catching up on email, Hershey enjoys birding, beekeeping, and admits to being born and raised in Massachusetts. She is now settled in Seacoast Maine with her partner of many years, as well as a variety of farm critters. 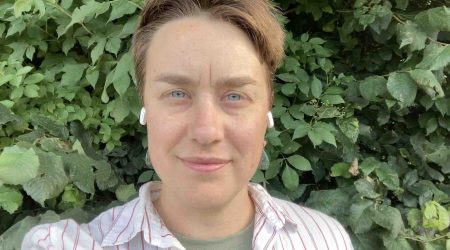 Nicole shares her journey of acceptance as a gay person and part of the kingdom of God.

Have an idea that you think our community would like to hear about?…Let’s Talk.